In May 2018, in a sticky-floored pub in Linden called The Irish Club, Klaas van der Walt and the team that would eventually become the shepherds of the Uncle Mothers events community, plugged some jacks into some amps and turned up the volume on another scruffy, loud, punk show. Now, Jozi’s monthly Uncle Mothers boogie is the anchor to which the rollicking kids of the northern ‘burbs tether their social lives.

Why’d they start an events community? To encourage others to do the same. The aim of Uncle Mothers is “not to be the only people that put on the shows, but actually showing [the scene] it wasn’t hard to do.” Starting off with a lineup featuring Raygun Royale, The Deadly Bites, and The Lebowski, Uncle Mothers shows have provided a stage for a dizzying number of local bands, as well as a dancefloor for some spectacularly enthusiastic jollers. Merch On Demand sent one of these jollers to chat to Klaas about what Uncle Mothers is vibing with, in the wake of whatever the fuck 2020 was.

“People lost the art of putting on a show, which isn’t a hard thing to do – but there are certain elements you need to get right”– and that’s precisely what Uncle Mothers is about. Without ramped-up production values or excessive in-venue branding, when you go to an Uncle Mothers show, you’re paying a very reasonable price to watch your mates make loud, lekker noises. Uncle Mothers shows find their success in their simplicity – a good lineup, good sound, and the right venue. Though the first Uncle Mothers show took place on a borrowed sound system, the sound team has remained the same from day 1, which means that bands and fans alike expect a consistently good experience. When booking bands, Klaas tells them this: “[the audience] is gonna be here, and the sound won’t disappoint. It’s up to you to make sure they’re inside watching.” Klaas offers a word of caution to anyone looking to put on shows though; “it’s so easy to go wrong, it’s a lot of effort for very little return in the beginning” – but the message that Uncle Mothers stands for has established the community’s longevity. Uncle Mothers is just “trying to consistently provide what we feel is good music.” 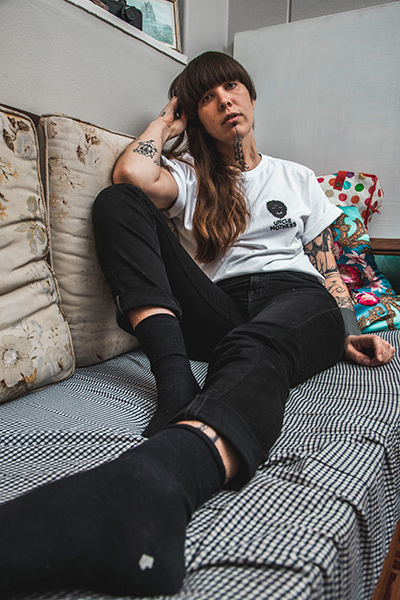 One of the things that makes Uncle Mothers shows so recognizable is the team’s venue choice – namely The Irish and Zoo Lake Bowling Club. When asked why they choose to host shows in local sports clubs and pubs rather than more traditional venues, Klaas elaborates: “the word venue in South Africa is a very weird one. We mostly just have bars that happen to have music. [Our venue choice] is not always deliberate, but there’s an element of understanding where it is that you are.” Situating Uncle Mothers firmly in Linden establishes a loyal audience, full of young creatives who live in the area, but is also an incredibly convenient central location for attendees from all over the city to access. The old-school, ballie-bar aesthetic of The Irish also lends the events the unmistakable atmosphere of DIY punk shows of bygone eras. And hell, if you haven’t had your photo taken in front of that ridiculous mural, are you even an alternative person in Johannesburg?

Venues and logistical efficacy aside, the one constant motif in the dialogue of what makes Uncle Mothers work as a community, is the people who form part of it. When asked to expand on this, Klaas pauses for a moment and then states, confidently: “I think, again this is gonna sound cheesy, but part of the idea is that we don’t like to use the words ‘promoters,’ we like to use the word ‘community.’ Uncle Mothers is just a community as a whole. It’s the folks who go to the shows. Bands are interchangeable, we’re interchangeable, the sound guys are interchangeable, the venues are interchangeable.”  Uncle Mothers shows exist to entertain the people, but the end product of an initiative like this is the community that forms in these spaces, and not the music that gets blasted out of the amps. That’s not to say there aren’t a few sour grapes in the bunch, though. Incidents at shows are pretty rare; Klaas recalls a strange evening in which a dude, drunk and having been thoroughly embarrassed in a scuffle, “…for some reason, in his rage, decided to shove a beer bottle into the toilet and block the toilet. Fuck random infrastructure, apparently.” So Uncle Mothers is not for those with a disdain for indoor plumbing or for anyone expecting pomp and ceremony. It’s here for kids with R50 and a Friday night to kill and the urge to squeak some tekkie.

So what’s next for Uncle Mothers? When we asked Klaas which band he would book in an instant, if logistics weren’t an issue, his immediate reply was Julia Robert. “I’ve never had the chance to physically see them. Long story short, Julia Robert, just cos they are wonderful.” In the wake of the pandemic, Uncle Mother’s is sticking by their strategy of consistency. No big promises, no ostentatious comebacks, just booking kiff bands and putting on solid shows. “People didn’t care for the whole ‘covid, we love you, we’re here for you.’ What people loved was just good old-fashioned consistency.” So what can you, the joller, expect? “As soon as it opens up again, we just keep doing what we’re doing. Improving, if we can, how we can. That’s the only planning you can do.” 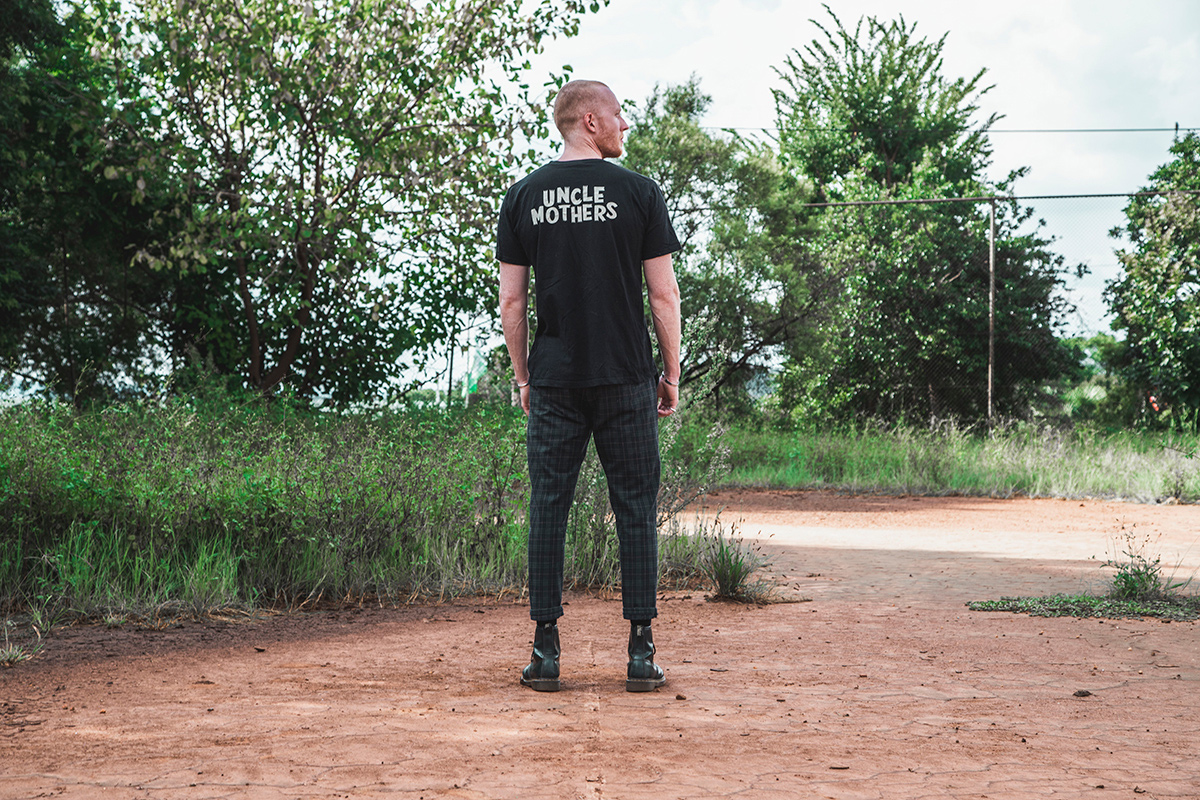 In closing, we figured we’d get to know the man behind the party a little better on a personal level, and asked him this crucial question:

If you could choose between fighting a horse-sized duck or a dozen duck-sized horses, which one would you pick? Pacifism isn’t an option.

To which his answer was, “are you assuming I am of sound body and mind? Because If I am in the current 2021 state, sweet god, am I fighting the horse-sized duck. Because I’m gonna lose, and it will end the misery.”

About the Author: Murf

Punk rock hooligan who plays far too much scrabble to have this many prison tats - Murf's the one rummaging through your fridge at your house party.

Sign up to our newsletter and receive FREE DELIVERY and a STICKER PACK on your first order.